Climate and Agriculture at COP24: Depressing or Exhilarating? 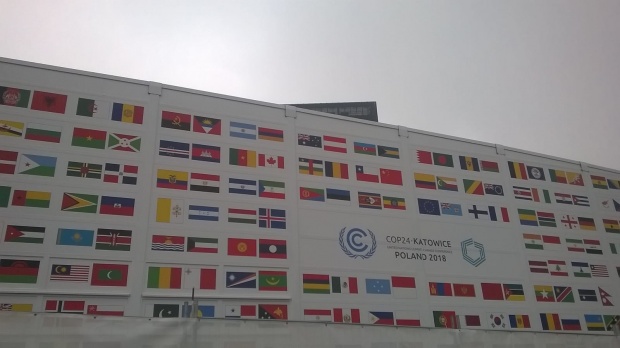 Walking the hallways of the United Nations Framework Convention on Climate Change (UNFCCC) 24th Conference of the Parties (COP24) venue in Katowice, Poland seems the perfect analogy for the negotiations. Most people walk slowly, oblivious of anyone or anything around them, many looking at their phones, other just staring blankly ahead of them. The hallways are narrow, the doorways even narrower. A couple of people are trying to get a wagon of supplies through a much too narrow doorway, meaning no one is moving. This is the very physical expression of the inner workings of the Conference of the Parties to the UNFCCC.

In spite of this, COP24 delivered the ‘Katowice Climate Package’, which includes guidelines for implementing and measuring progress towards the Paris Agreement agreed in 2015, and a process for establishing new targets for climate financing. While this is a step forward, we are still short of actions. By many estimates we are on a track to achieve an increase about 3°C in global temperatures by the turn of the century, and efforts to prevent that and rise to the adaptation challenge are inadequate.

A crucial COP for agriculture

COP24 was considered an important milestone for agriculture as it was the first COP after the Koronivia Joint Work on Agriculture (KJWA) was announced at COP23. KJWA was heralded as a ground-breaking decision, and perhaps it is, as the Subsidiary Body of Scientific and Technological Advice (SBSTA) and the Subsidiary Body for Implementation (SBI) –the two permanent subsidiary bodies to the Convention– are working together, thus providing a basis for action on the ground.

However, in practice, KJWA is delivering another set of submissions, and a number of workshops, and discussions in the room can hardly be described as exhilarating. KJWA also has to be seen as part of the broader picture of COP24 that is distinctly depressing, epitomised by an otherwise excellent science report on 1.5°C warming which negotiators cannot even agree to “welcome”.

However, KJWA is still in its early days and can potentially become a key mechanism to drive the much-needed transformation in food systems. KJWA can issue guidance for putting in place institutional, technical and financial structures in line with the specific characteristics of the agriculture sector. It can also identify the gaps where knowledge is needed, stimulate lessons sharing, foster capacity development and technology transfer, and facilitate the needed financial mechanisms. While progress is slow, countries believe that the opportunities are immense to reduce the gap between climate action in agriculture and specific incentives, tools and mechanisms.

Stepping up actions outside the UNFCCC

The slow pace of action under the UNFCCC was in contrast to the frenetic activity in side events and bilateral discussions. The slow pace in the negotiations puts the onus on non-state actors (farmers, businesses, investors, NGOs, international organizations) to catalyse action at scale. Numerous side events at COP24 showcased ongoing efforts and made major commitments.

The CGIAR Research Program on Climate Change, Agriculture and Food Security (CCAFS) and over 15 partner organizations organized the second edition of the Agriculture Advantage event series. The series focused on action, and highlighted solutions to drive a transformation in food systems, including the application of next generation technologies, ramping up carbon sequestration in soils, mobilizing finance from public and private sectors, better investment planning and implementation, and policies that enable action. While success stories are emerging, the pace of change needs to be expedited as these best practices eventually need to reach 500 million small-scale farmers, reorient financing for agricultural development, and realize radical changes in consumption patterns.

There are several bottom-up initiatives being launched. For example, several regional Food Systems Dialogues (FSDs) will be held, initiated by the World Business Council for Sustainable Development (WBCSD), the World Economic Forum (WEF), the EAT Foundation and the Food and Land Use Coalition (FOLU). The World Farmers’ Organisation (WFO) will also hold several regional consultations with its members, looking at what farmers can do for adaptation and mitigation.

CCAFS and the CGIAR have initiated work on transforming the food system under climate change, with focused work around: (i) technologies, (II) a strong voice from farmers and consumers, (III) new diets and consumers’ choices, (iv) innovative finance, (v) the digital era and (vi) enabling policies and institutions. Taking cognizance of this, a 6-part action plan to transform food systems under climate change was put forward.

As the UN Secretary General, Antonio Guterres put it, it would be suicidal not to act and stop runaway climate change. The responsibility is ours, yours, everyone’s.