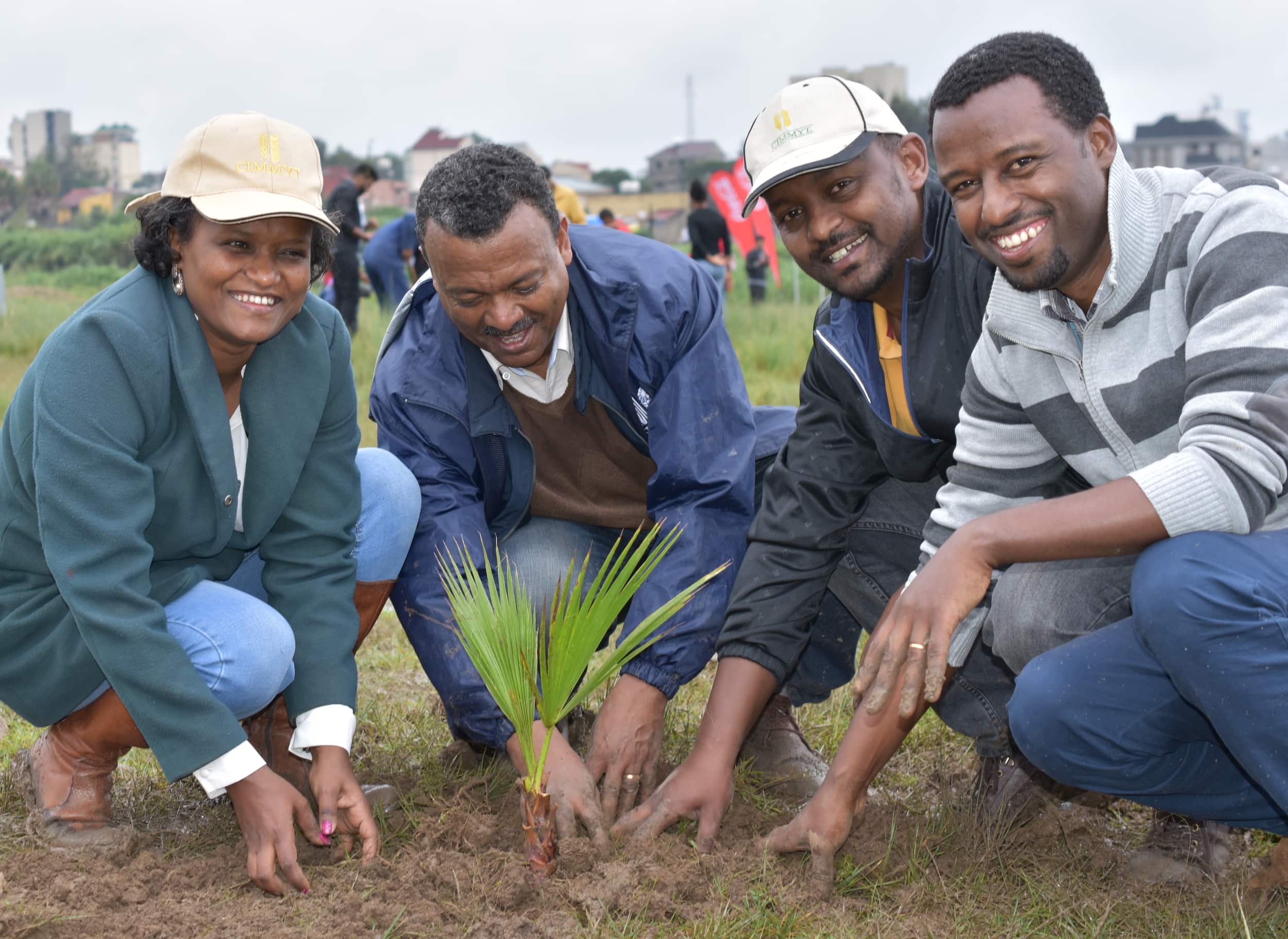 July 29, 2019, was a remarkable day for Ethiopia. People across the country planted 353,633,660 tree seedlings in just 12 hours, according to the official count, in what is believed to be a world record. This figure also exceeded the target of a nationwide campaign calling citizens to plant 200 million trees in one day. This initiative was part of the Ethiopian government’s “Green Legacy” initiative, which aims to plant 4 billion trees by October.

The International Maize and Wheat Improvement Center (CIMMYT) and other CGIAR centers working in Ethiopia joined the tree-planting campaign. In the morning of July 29, staff members turned out at Adwa park, near Addis Ababa’s Bole International Airport, to plant tree seedlings. This activity was coordinated by the International Livestock Research Institute (ILRI) after receiving an invitation from the Bole subcity administration.