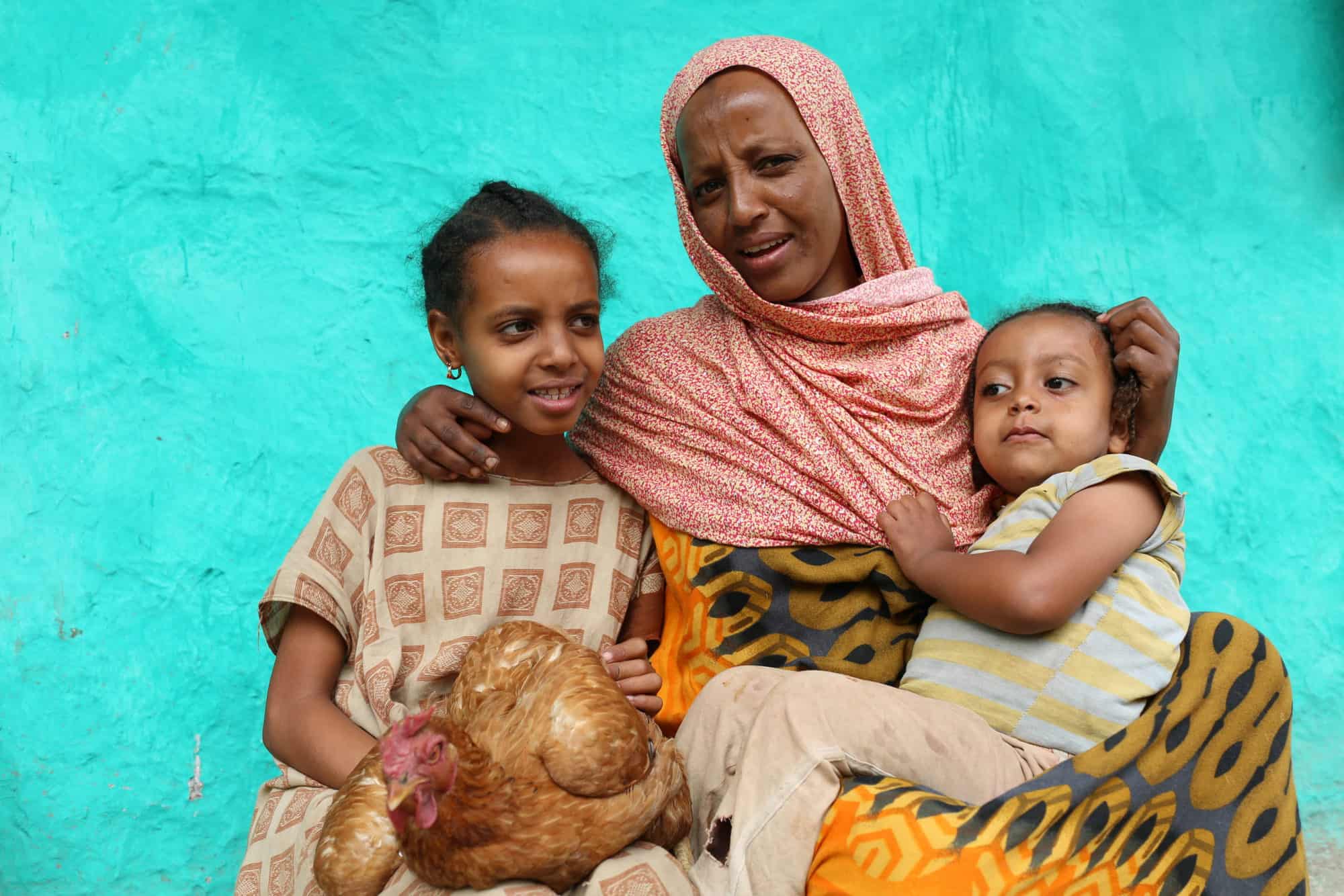 ILRI animal geneticist/breeder Tadelle Dessie is one of many authors of a new paper in the Journal of Nutrition with partners from Harvard and Purdue universities and Boston College, in the US; the Food, Agriculture and Natural Resources Policy Analysis Network (FANRPAN) in South Africa; and the Addis Continental Institute of Public Health and the Ethiopian Institute for Agricultural Research (EIAR), in Ethiopia.

The new paper is based on an intervention made by the African Chicken Genetic Gains project in Ethiopia, led by Dessie.

Among the main findings of the paper is the following.

A chicken production intervention with or without
nutrition-sensitive behavior change communication
may have benefited child nutrition
and did not increase morbidity.

A commentary about this paper (behind a paywall), Building the evidence base around poultry production for nutrition is written by Chessa K Lutter, who says:

Africa the only region in the world where the number of stunted children has not declined.

Therefore, the paper by Passarelli and colleagues in this issue of the Journal of Nutrition, in which the authors report the positive effect on the growth of Ethiopian children due to chicken production . . . provides important insights for the global development and nutrition community. . . .

‘Development experts have identified small-scale chicken production as a promising intervention to improve child nutrition through several causal pathways simultaneously. At the same time, poultry production can also pose the risk of increasing child diarrhea as chickens are a source of Salmonella enterica and Campylobacter jejuni.

‘The cluster-randomized 3-armed trial described by Passarelli and colleagues was designed to disentangle the effects of 1) a basic intervention, comprised of genetically improved chickens paired with basic husbandry guidance; 2) the basic intervention plus an SBC intervention; and 3) a control on the growth and morbidity of children 0–36 months old. . . .

‘Eggs have been called out as a particularly important food for young children, while household poultry production has been hailed as a way to improve household food security. One 60-g egg is packed with an array of vitamins and minerals, essential fatty acids and proteins, and other bioactive factors important for growth and cognitive development. . . .

‘The balance of potential benefits and harms caused by domestic animals has raised questions about whether chicken production should be promoted as a nutrition strategy. Whereas previous research on this topic has largely come from observational data, we assessed the effects of chicken production, with or without a nutrition-sensitive behavior change intervention, on child nutrition and health outcomes through a cluster-randomized trial in rural Ethiopia. We also evaluated the impact of the intervention on intermediaries, including diet, income, women’s decision making, and environmental conditions.’

‘[I]ncreased egg production could benefit both diets and income—especially the income of women, who tend to control cash from egg sales in Ethiopia’ and that ‘In contrast with previous evidence showing harmful effects of homestead chicken production on WASH conditions, we found no evidence that the intervention worsened the WASH environment, nor that it adversely affected child health or nutrition outcomes.’

‘In conclusion, we found that an animal production intervention and an additional nutrition-sensitive behavior change intervention may have been associated with increased child growth compared with control households. Our results also showed that adding a nutrition-sensitive behavior change component (the ACGG + ATONU intervention) was associated with improved child feeding behaviors as compared with the ACGG intervention alone, and that the BCC improved women’s empowerment in chicken production compared with control households. We found no evidence of harmful effects on child morbidity or anemia. Given the multiple pathways through which chicken production could affect nutrition—including women’s empowerment, income, diet quality, and WASH—it is possible that small-scale production of chicken and eggs can help supplement household diets and income.’