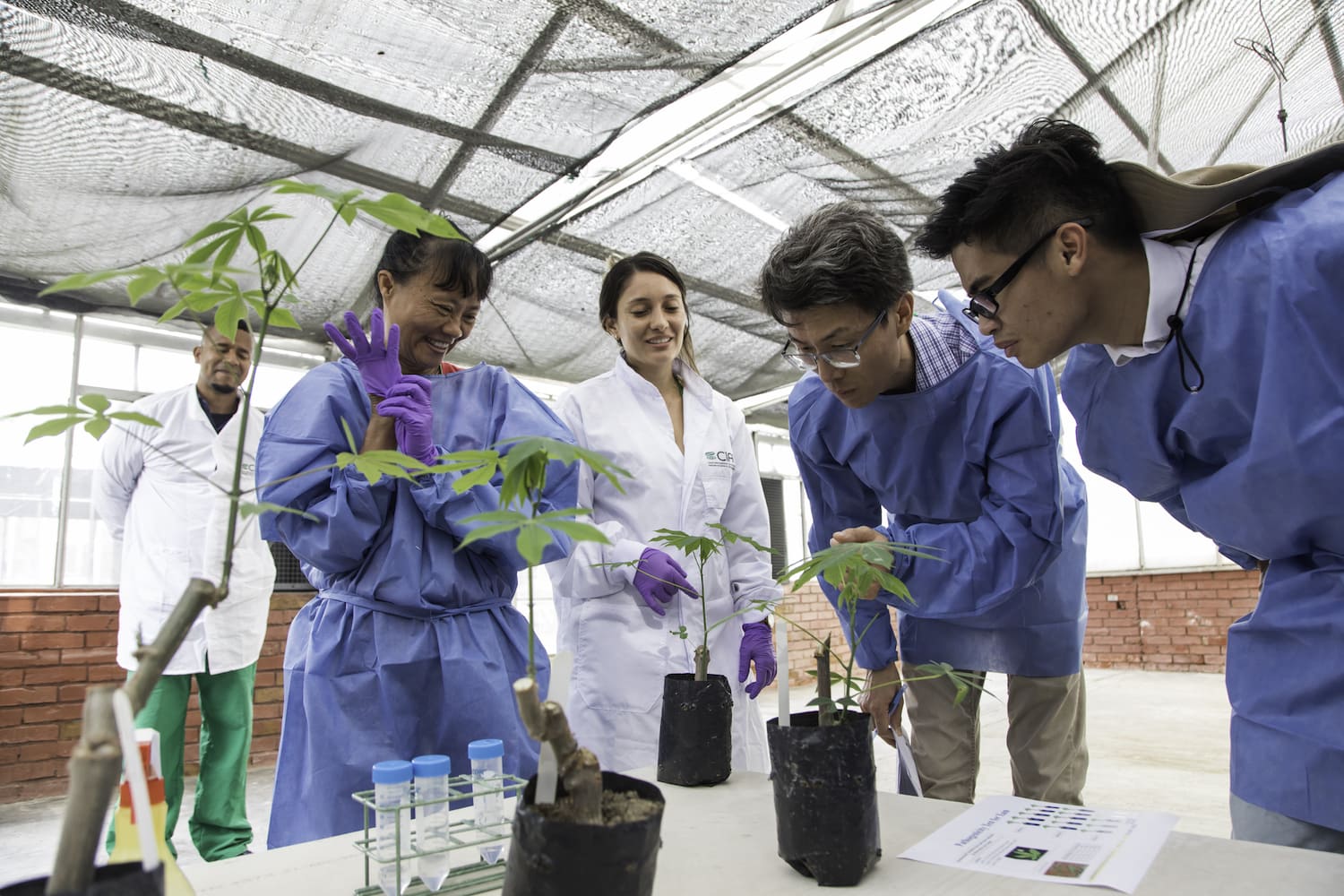 New experiments on disease resistance, massive propagation, phenotyping and molecular diagnostics were highlights of a weeklong cassava workshop that brought in experts from around the world.

Nguyen Ba Tung is used to traveling long distances to get a job done. His office at Vietnam’s Hung Loc Agricultural Research Center is about 250km away from his field research site, where he experiments with cassava in hopes of creating disease-resistant varieties urgently needed for Southeast Asia’s multibillion-dollar cassava industry.

A recent round-trip to Colombia — which can take more than two days in each direction — was well worth the time invested, Nguyen said.

“Because I’m young, the biggest motivation to come here was to learn,” said Nguyen, who at 28 years, was one of the youngest cassava breeders at the May workshop held at the Alliance’s campus in Colombia. “We had a lot of experienced scientists here. Everything I learned from them will be helpful for my job and institution in Vietnam.”

Cassava growers and breeders in Vietnam, like almost all others in Southeast Asia, are in a race against Cassava Mosaic Disease, or CMD, which threatens a roughly $4 billion USD industry that processes cassava into starch for products ranging from food additives to glue. Spread through the planting of infected stems (cassava is generally reproduced through cut plants), unchecked spread of CMD can slash production by 50-80% from one season to the next, calculates Chalermpol Phumichai of Thailand’s Kasetsart University, who also participated in the workshop.

The cassava industry in Southeast Asia is relatively young. That youth extends to its research programs, farmers’ experience in propagating the crop, and industrialists’ management of the commodity. CMD, too, is a recent arrival, which has sent everyone in the cassava value chain rushing to find ways to mitigate a very expensive problem.

Cassava breeders like Nguyen and Phumichai are crossing CMD-resistant varieties supplied by the Alliance and the International Institute for Tropical Agriculture, based in Benin. Success depends on several factors – including a bit of luck: Two or three years could be the minimum before a desirable variety is found. This is partly because disease resistance isn‘t enough – a new variety needs to meet high standards from producers and industry in terms of yield and starch quality. But there are several ways that breeders can speed up the process…