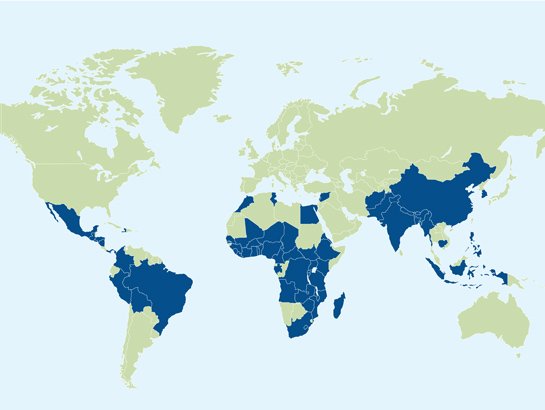 HarvestPlus released an updated global map of biofortified staple crops showcasing that 63 countries have released or are testing biofortified varieties, demonstrating the global momentum to promote these nutritious staple crops to more farmers and consumers.

The map, and a new accompanying table, cover several major staple crops ranging from cassava to wheat to beans, which have been biofortified with vitamin A, iron, and/or zinc. The map indicates in which countries biofortified crop varieties had been released (r) or were in testing (t) by the end of 2019. The new easy-to-read table shows crop information by country.