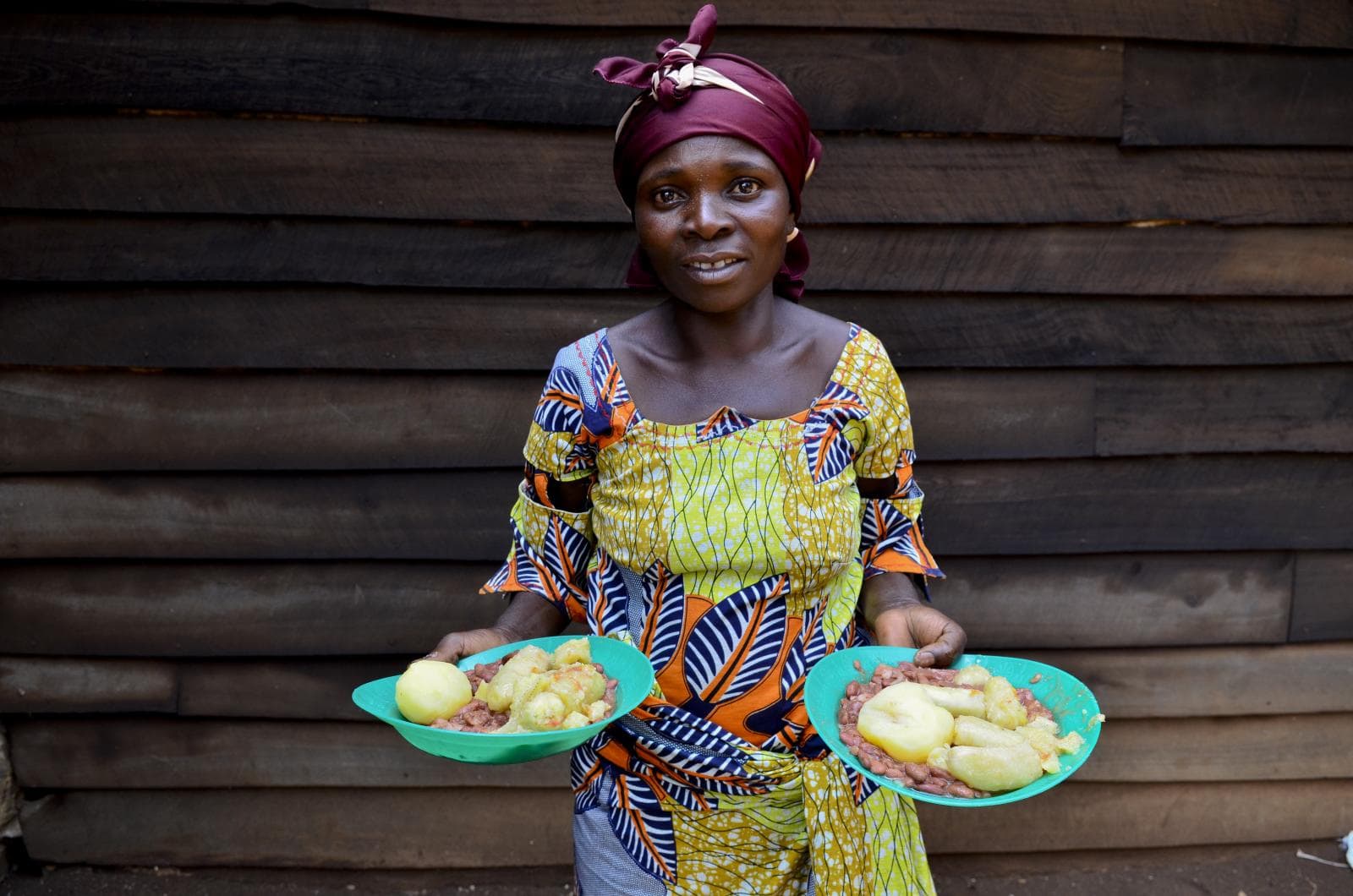 Feeding the world is about more than just satisfying stomachs. Food scientists and nutritionists have long recognized that the foods we eat not only need to fill us up, but nourish our bodies as well.

The problem of ‘hidden hunger’ — deficiencies in essential vitamins and minerals — continues to pose serious threats to populations and economies around the world. A lack of micronutrients like iron, zinc and vitamin A in diets can lead to blindness, disease or even death, particularly for women and for children under the age of five.

One solution pursued by CGIAR researchers is biofortification – that is, enhancing the vitamin and mineral content of the staple crops that resource-poor families rely on for much of their diet. A range of the world’s staples have had their nutritional content boosted this way, from sweet potatoes to maize, rice, wheat, beans and bananas.

The approach has so far found widespread success, bringing better nutritional outcomes and making headway on global goals for sustainable development and addressing climate change. There are now more than 300 varieties of 12 biofortified crops being grown in 35 countries and being tested in another 25, reaching at least 10 million farming households.

Solving the problem of ‘hidden hunger’ requires diverse, nourishing diets. Biofortification is just one piece of the puzzle, providing better nutrition for rural households that would otherwise struggle to access healthier foods, or interventions like fortification or supplementation.

Ongoing work aims to promote biofortified crops as part of diverse and sustainable diets, and address emerging challenges to health and nutrition such as the double burden of malnutrition, and growing rates of micronutrient malnutrition. There are also efforts to develop ‘future proof’ biofortified varieties that can withstand the extremes of climate change, while reducing emissions from agriculture.

One food solution has been found in biofortified beans. Beans form an essential part of the daily diet for around 400 million people in the tropics. They are a great source of protein, fiber, complex carbohydrates, and some vitamins and minerals, but in general, they can’t provide sufficient quantities of iron as well as meat can, for example.

Iron deficiency is the most common nutritional ailment worldwide. Women and children are most at risk – women tend to need more iron after blood loss through menstruation or childbirth, as well as during pregnancy, while children need high levels of iron to grow. A lack of dietary iron can impair cognitive and physical development in children and pose risks to women and babies during childbirth.

Through biofortification, beans are stepping up to the plate. Beans bred to contain more iron can improve diets from the outset, avoiding costly and difficult programs to provide dietary supplements or add micronutrients to crops during processing. In Rwanda, a study in 2017 by the International Center for Tropical Agriculture (CIAT) found that iron deficiency was reversed and memory and attention improved in young women who ate iron-biofortified beans daily for just six months.

Maize is another food crop that has benefitted from biofortification. Around 900 million people depend on maize as their staple food. Maize provides a sufficient amount of energy, but is low in some essential vitamins and minerals, like vitamin A and zinc.

Vitamin A deficiency is one of the most damaging forms of undernourishment in the developing world. More than 140 million preschool children in 118 countries and more than 7 million pregnant women are affected, with risks to growth, immunity, eyesight and even risk of death. Zinc deficiency slows growth and development, weakens the immune system and can lead to respiratory infections and diarrheal disease.

A type of orange-colored maize has been developed to boost levels of Vitamin A – the orange color comes from its enhanced carotenoids, a naturally occurring pigment that the body converts to vitamin A. This maize is now being grown around western and southern Africa. Another new variety is enriched with zinc, and has already been released in Honduras, Colombia, Guatemala and Nicaragua.

The humble sweet potato has been a standout success for work on biofortification, backed by pioneering work on the concept and evidence for the approach by the International Potato Center (CIP). Orange-fleshed sweet potato with boosted levels of vitamin A has managed to improve the health of more than 5 million rural poor across Africa and Asia. In promoting the production and use of sweet potato puree in baked foods, CIP scientists have increased availability of healthy foods for households of all income levels.

It only takes one small biofortified sweet potato to meet 100 percent of a child’s daily vitamin A needs; or a slightly larger one for an adult. Coupled with integrated nutrition education and a value chain approach, the vitamin-boosted staple has successfully tackled vitamin A deficiency among vulnerable populations.

Two years of proof-of-concept study in Mozambique demonstrated a significant increase in vitamin A intake among young children living in households that grew and ate orange-fleshed sweet potato, reducing rates of vitamin A deficiency by 15 percent. Based on a follow-up randomized control trial, the researchers concluded that with nutrition education at the community level and access to orange-fleshed sweet potato, it was possible to cost-effectively reach 14,000 households within a year.

In 2016, four CGIAR researchers were awarded the World Food Prize for their development and implementation of biofortification.

Drs Maria Andrade, Robert Mwanga and Jan Low of CIP were awarded for their work in breeding and promoting vitamin A-enhanced sweet potatoes – considered to be the most successful example of biofortification work to date. Dr Howarth Bouis, founder of HarvestPlus at the International Food Policy Research Institute (IFPRI), was honored as a pioneer of biofortification as a global plant breeding strategy.

The effects of this strategy are expected to continue to be seen in the coming decades.

Photo: Biofortified ‘gorilla beans’, rich in protein, iron and zinc, have been bred to target malnutrition in the Democratic Republic of the Congo. Biofortification enhances the vitamin and mineral content of staple crops that people eat every day. Photo by CIAT.