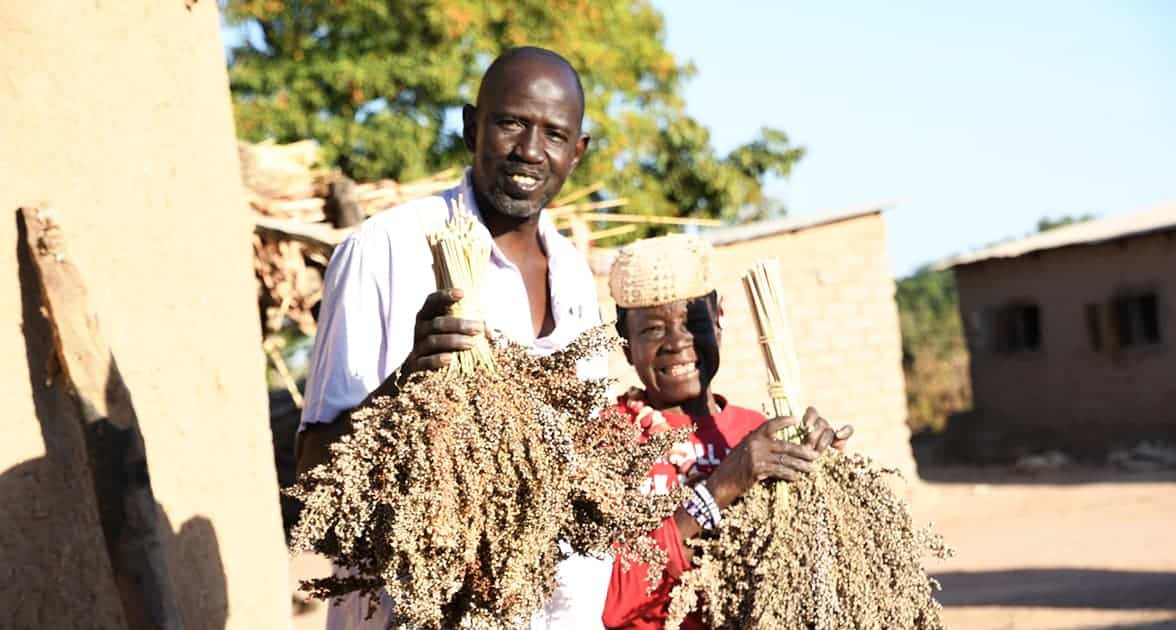 Farmers in Mali are improving their incomes , earning better livelihoods and enjoying more fulfilling lives through interventions that provide improved varieties of sorghum as well as training in good agriculture practices. Particularly encouraging are the case studies of two farmers from Djirikorola, Mali, who are leading the way in adoption of improved seeds and post-harvest technologies.

In 2014, farmer Bourama Bougodogo of Djirikorola village of Sikasso region in Mali, joined a Farmer Field School (FFS) under the project Africa RISING’s large-scale Diffusion of Technologies for Sorghum and Millet Systems (ARDT_SMS). He and other farmer trainees from his village learnt integrated Striga and soil fertility management, intercropping (cereal + legumes) and other techniques previously unknown to them.

Mr Bourama produced the very popular improved sorghum variety Tiandougou coura on his plot, which gave him a spectacular harvest of about 3 tons tons/ha. whereas earlier he could barely harvest 1 ton/ha. “With the revenue earned from the sales, I bought a thresher, which I now rent out to other seed producers in 20 surrounding villages,” he says. “As they often pay me in kind, I earned 45 bags of rice in 15 working days in 2018, and about 2,150,000 FCFA (US$ 3540) with the thresher rental service. This money helped him build a new house for his family. In 2018, Bourama also acquired a huller.