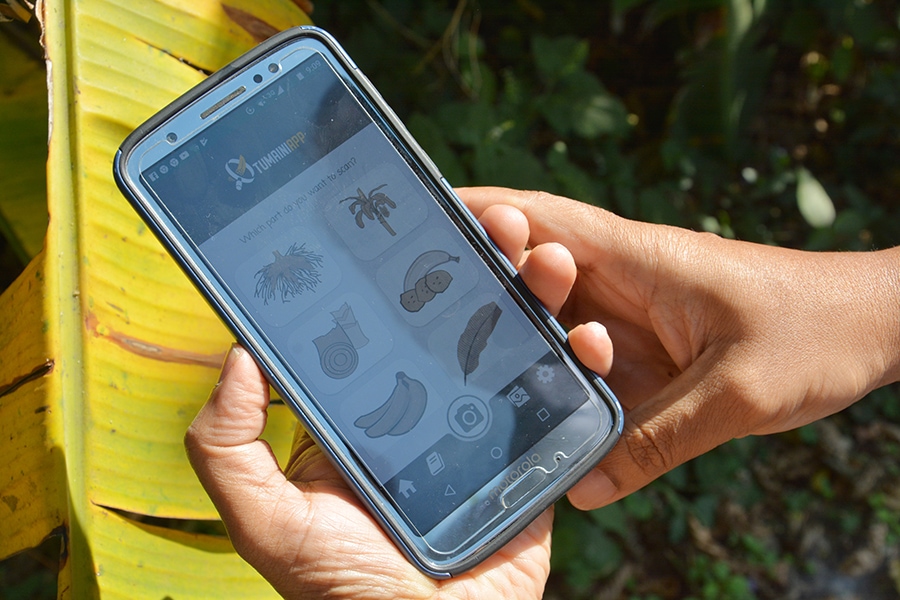 Using artificial intelligence, scientists created an easy-to-use tool to detect banana diseases and pests. With an average 90 percent success rate in detecting a pest or a disease, the tool can help farmers avoid millions of dollars in losses

Artificial intelligence-powered tools are rapidly becoming more accessible, including for people in the more remote corners of the globe. This is good news for smallholder farmers, who can use handheld technologies to run their farms more efficiently, linking them to markets, extension workers, satellite images, and climate information. The technology is also becoming a first line of defense against crop diseases and pests that can potentially destroy their harvests.

A new smartphone tool developed for banana farmers scans plants for signs of five major diseases and one common pest. In testing in Colombia, the Democratic Republic of the Congo, India, Benin, China, and Uganda, the tool provided a 90 percent successful detection rate. This work is a step towards creating a satellite-powered, globally connected network to control disease and pest outbreaks, say the researchers who developed the technology. The findings were published this week in the journal Plant Methods.