Agroforestry and restoration in the spotlight at Amazonian farmers’ workshop, Brazil 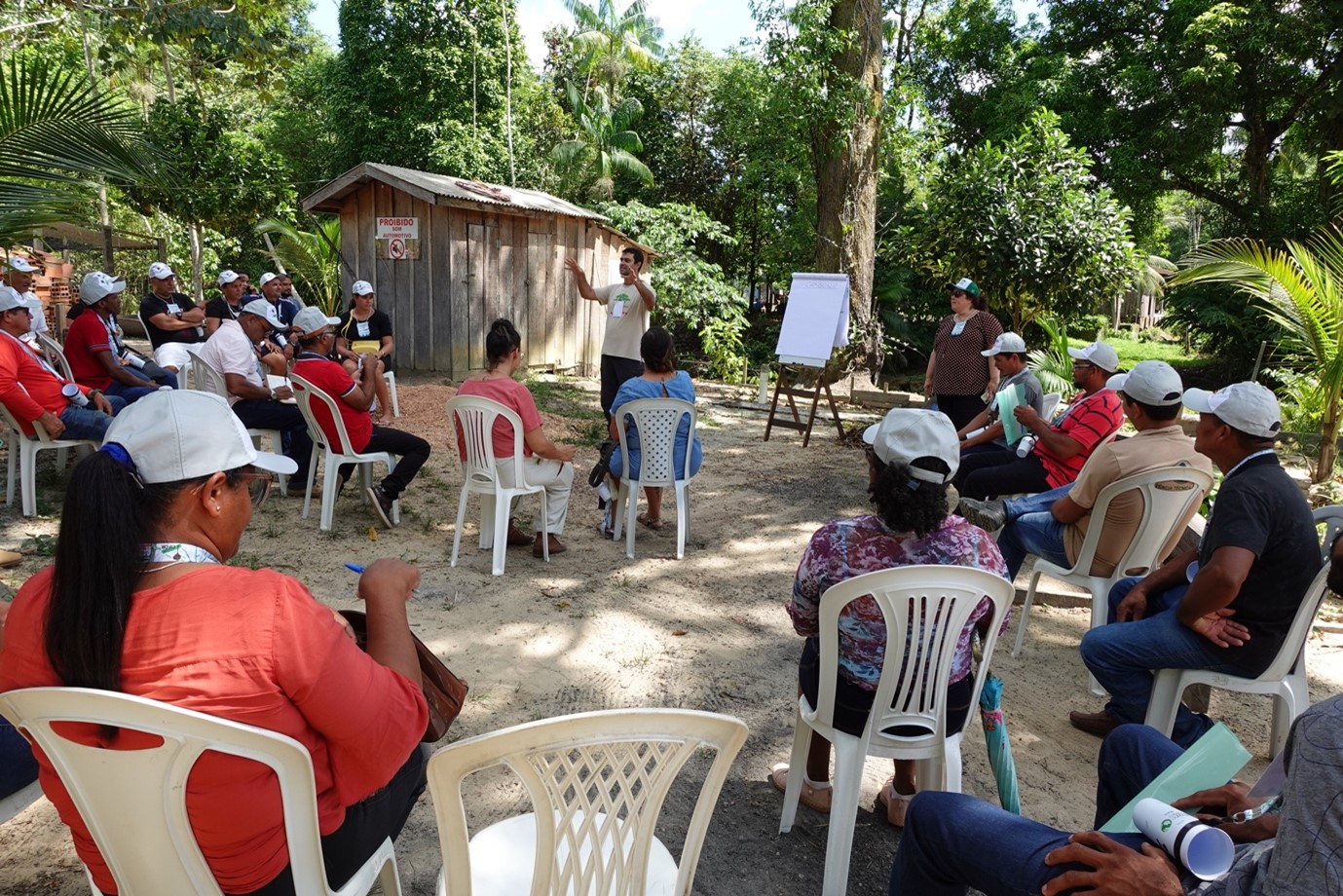 Ecological restoration, agroforestry systems, and carbon storage were in focus during a workshop with family farmers and local leaders in Tomé-Açu in northeast Pará, Brazil on 10-11 August 2022.

During the two-day event – which was attended by around 200 people – researchers and technicians from the Center for International Forestry Research–World Agroforestry Centre (CIFOR-ICRAF) and The Nature Conservancy (TNC) conducted educational activities and answered questions about agroforestry, agroecology, ecological restoration, and carbon.

Many participants were excited to learn about the carbon market and to discover that planting trees on their properties had the potential to generate income through carbon storage and the sale of carbon credits. “Carbon will be an extra income, a bonus benefit from the areas where we are producing,” said Almir Pantoja Mendes, CIFOR-ICRAF’s farmer partner in the SAF Dendê project, which involved agroforestry oil palm production in Tomé-Açu.

However, Mendes emphasized the importance of keeping agricultural production at the forefront for farming families, as it ensures fixed income for smallholder farmers in the short, medium, and long term. For him, agroforestry has made a big impact on his farming practice, and he’s keen to expand his use of the system. “I have been a farmer for seven years, and I learned about the agroforestry system with [CIFOR-]ICRAF in 2018,” he said. “I have one hectare [in agroforestry] and I want to establish four more hectares. I already produce cocoa, cupuaçu, and açaí; now, I want to add oil palm and black pepper.”

Many farmers realized that they had already been practicing agroforestry without identifying it as such. “I produce açaí, cocoa, cupuaçu, pepper, and other crops, in smaller quantities,” said Edilson Andrade da Silva. “We also do a bit of reforestation. But until this workshop, nobody had explained agroforestry to us. We were doing it by ourselves.”

Maria Patrícia Araújo de Souza shared a similar experience and noted how the workshop had piqued her curiosity to advance her knowledge. “I want to know more about reforestation, I find it very interesting,” she said. “I love nature and reforestation – so much so that we do not touch the forest on our land. It is well preserved.”