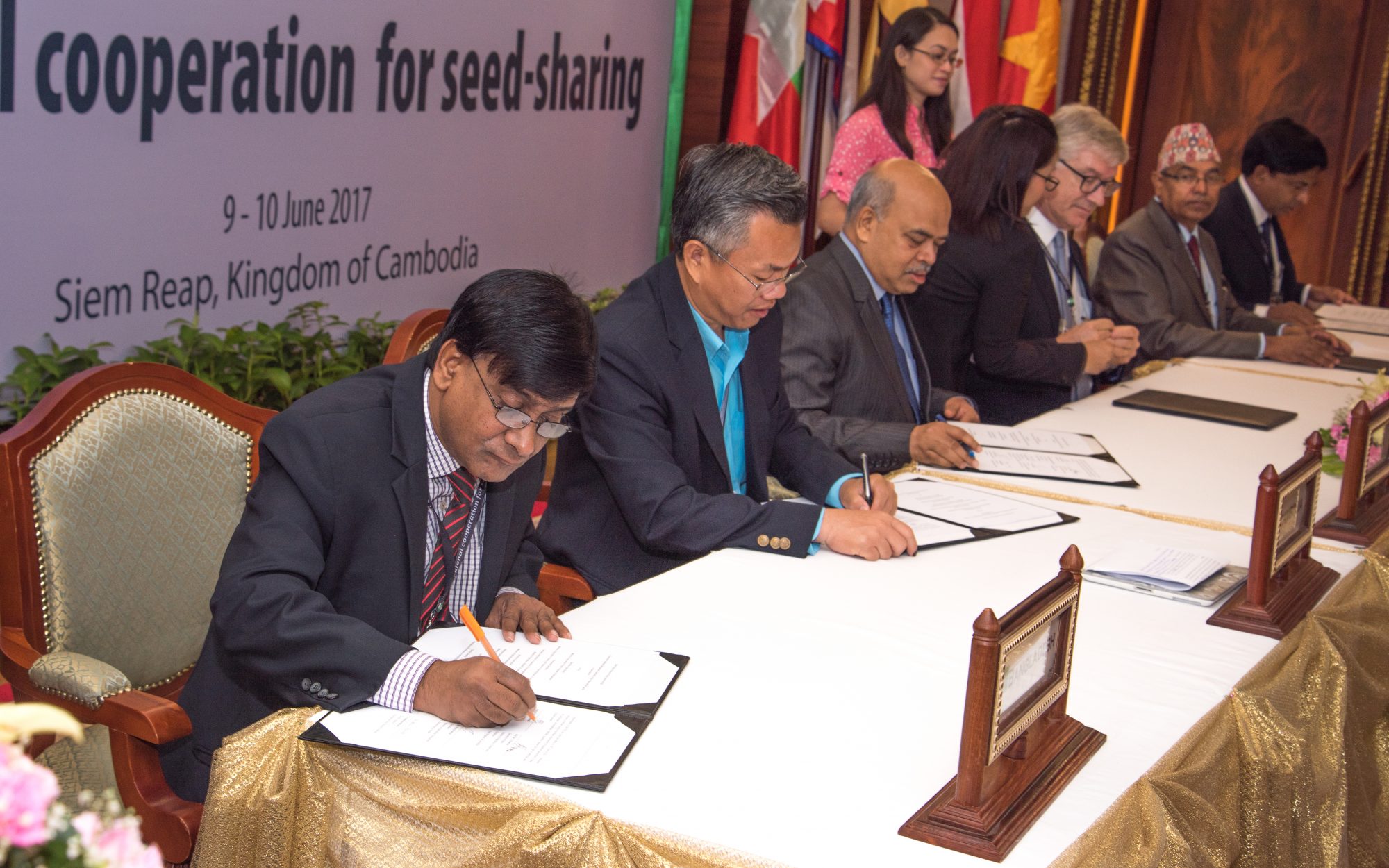 SIEM REAP, Cambodia (9–10 June 2017) – Two more countries have joined a regional seed policy agreement that speeds up the distribution of modern rice varieties across nations in South and Southeast Asia. This agreement was formalized during a meeting of agriculture ministers and representatives of nine countries, titled “Seeds without Borders: Regional cooperation for seed-sharing,” on 9-10 June at Siem Reap.

Originally signed by India, Bangladesh, and Nepal in 2014, the regional seed sharing agreement has now expanded to include Sri Lanka and the Kingdom of Cambodia, the event’s host. Further, the agreement will now expand to include other crops, in addition to rice.

“The workshop on seed policy is timely and critical to initiate the discussion and to build a strong regional cooperation within Southeast Asia and across both South and Southeast Asian regions,” said H.E. Veng Sakhon, Cambodian Minister for Agriculture, Forestry and Fisheries (MAFF). “It provides an effective platform for us to see how we can reciprocally benefit from South Asia’s experiences and information.”

“What we have seen here today is an example of how effective national leadership and vision can lead us to a future where nations are connected by seeds without borders,” said Dr. Matthew Morell, IRRI Director General. “Agro-ecological zones and the effects of climate change don’t stop at borders, so the availability of high-quality seeds shouldn’t either.”

He went on to say, “making a variety of agricultural crops available across…