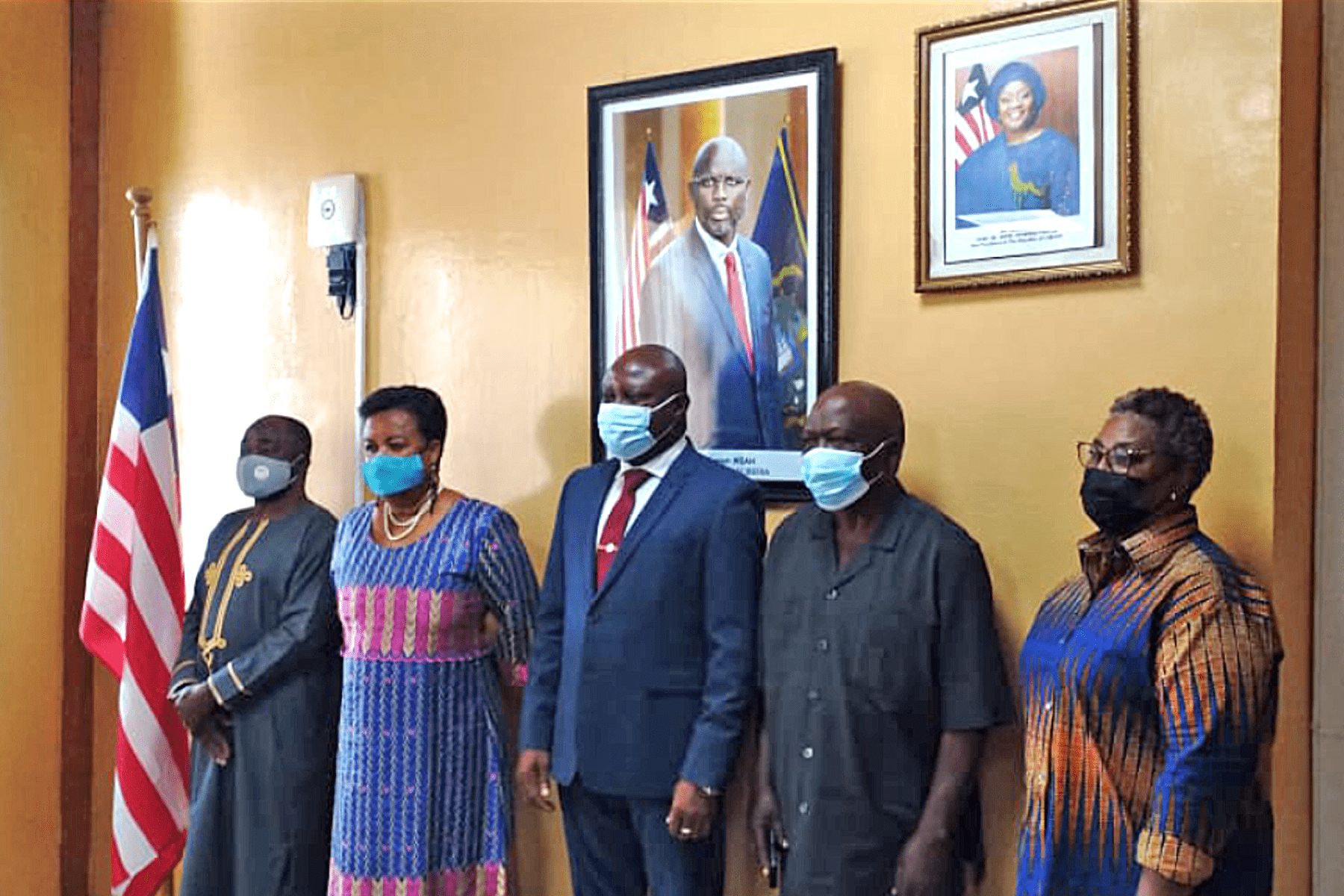 Despite these events, the partnership with Liberia has never ceased and is now being solidified with the recent signing of a host country agreement that will pave the way for stronger research and development collaborations to boost the country’s rice industry, reduce its reliance on rice imports and improve the resilience of the country’s rice-based food systems to the benefit of its population.

The importance of rice as a strategic commodity for Liberia continues to grow with its increasing population and the need to respond to nutritional challenges. The annual per capita consumption of rice (about 133 kg per year) in the country is amongst the highest in Africa. To meet the high demand, Liberia imports nearly 300,000 metric tons annually, costing an estimated US$ 200 million.

Recognizing it as a priority crop, the Government of Liberia has laid emphasis on the development, production and dissemination of rice innovations (technologies, tools, methods, practices, and the deployment of fit for purpose policy options) to promote food and nutritional security.

“The signing of this agreement marks a new chapter in our long-standing partnership with Liberia,” said AfricaRice Director General Dr Harold Roy-Macauley at the signing ceremony. He conveyed his deep appreciation to the Government of Liberia and in particular to the Honourable Ministers of Agriculture, Mrs Jeanine Cooper, and of Foreign Affairs, Mr Dee-Maxwell Saah Kemayah Sr and members of their staff, for the swift execution of the processes leading up to the signing of the agreement.

“In line with the agreement, we are fully committed to supporting the country in improving the efficiency of the rice sector and helping to achieve food and nutrition security,” Dr Roy-Macauley added. AfricaRice is a member of the CGIAR System Organization. It is also a pan-African intergovernmental research association that currently includes 28 member states, including Liberia.

According to the Liberian Minister of Foreign Affairs, Hon. Dee-Maxwell Saah Kemayah Sr., the host country agreement was within the framework of the Government of Liberia’s Pro-Poor Agenda for Prosperity and Development (PAPD) to support Liberia’s rice development program, including rice value chain upgrading. “The agreement will help us reach President George Weah’s vision, particularly relating to the agriculture sector of Liberia.”

The host country agreement sets the conditions, privileges and immunities granted to AfricaRice representation in the country, in accordance with the conventions for international organizations. The agreement was signed on 4 December 2020, by Hon. Dee-Maxwell Saah Kamayah, Sr. and Dr Roy-Macauley, in the presence of Hon. Jeanine Cooper, and representatives from both the ministries and from AfricaRice.

Dr Roy-Macauley said that within the context of this Agreement, AfricaRice will work closely with the Ministry of Agriculture, the Central Agricultural Research Institute (CARI) and any other relevant government institutions, to support Liberia in raising productivity, profitability, and resilience of rice-based food systems.

“The agreement will create an enabling environment for AfricaRice to bring to Liberia new innovations to improve rice production, not only from AfricaRice but also through its close networks with its sister CGIAR Centers to improve the resilience of Liberia’s food systems in general.” he added.

Dr Roy-Macauley took the opportunity, during his mission to Liberia, to visit one of the implementation sites of the EU-funded integrated rice-fish farming project under the “Development of smart innovation through research in agriculture (DeSIRA)” initiative, at the station of CARI in Suakoko, Bong County. He was accompanied by Dr Inoussa Akintayo, the AfricaRice country representative in Liberia and project leader.

This project, led by AfricaRice and the WorldFish Center, in partnership with the Ministry of Agriculture, CARI and the National Fisheries and Aquaculture Authority (NaFAA), seeks to enhance the development of rice and fish value chains for improved food, nutrition and economic security.

During the visit, Dr Roy-Macauley was briefed by experts on the ‘floating cages’ of the DeSIRA project – an innovative technology that has the capacity to host and facilitate the development of between 40,000 and 60,000 fish in a safe, secure and eco-friendly environment.

Praising the experts and the technical staff and expressing his deep appreciation to EU and the Government of Liberia, Dr Roy-Macauley said, “This collaborative project will certainly promote new technologies and practices for integrated rice-fish farming systems, especially for the benefit of women and youth and small rice and fish farmers of Liberia.”