A tipping point for climate action in food systems? Reflections from the UN Climate Action Summit and Climate Week NYC 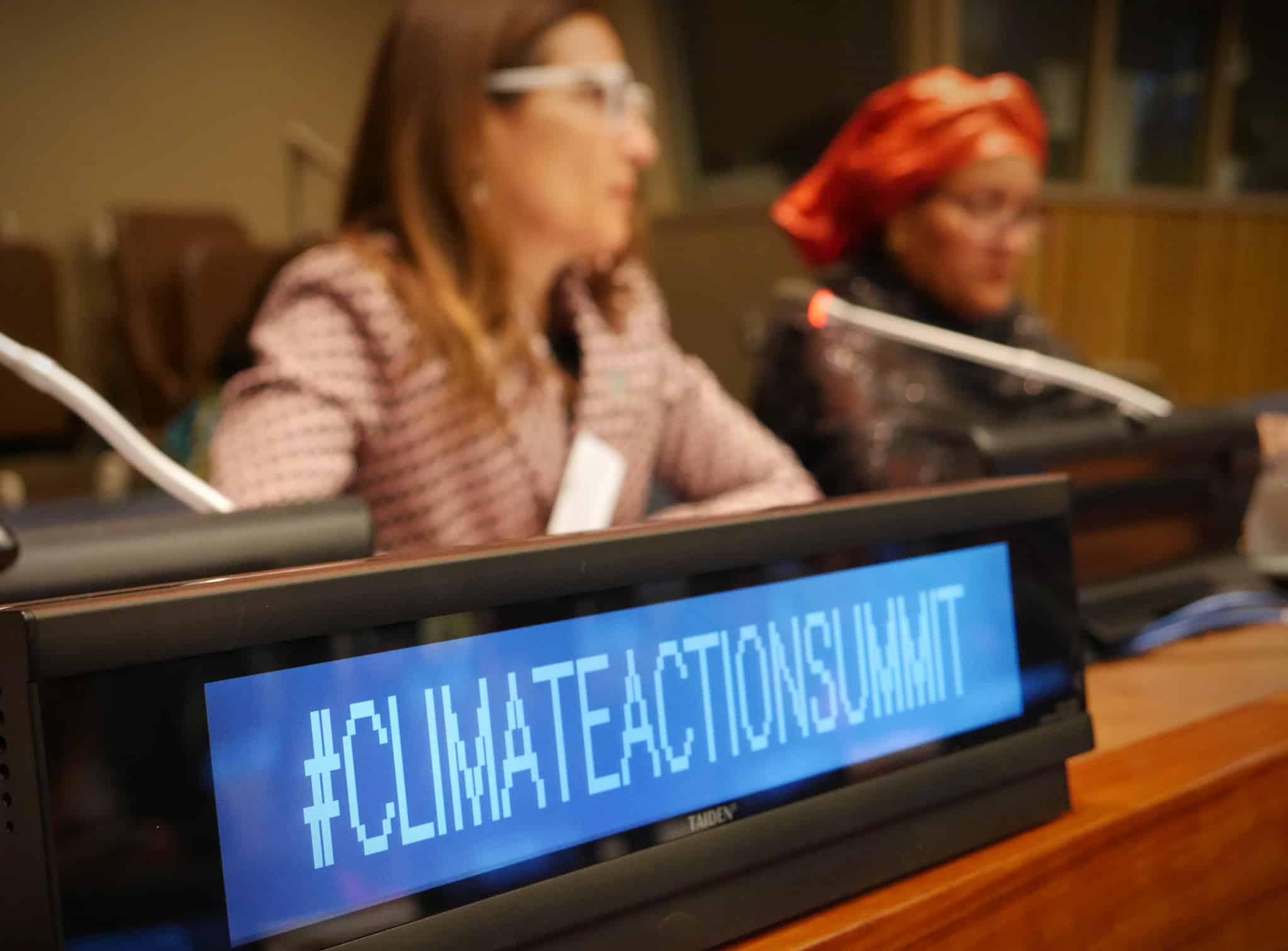 This week’s United Nations (UN) Climate Action Summit convened by the UN Secretary General, and the events during Climate Week NYC, could potentially be a tipping point for climate action in food systems. The summit was instrumental in bringing together different communities to discuss and commit to ambitious climate action in food systems. Notable developments included USD 650 million in CGIAR funding committed to by a global coalition to help over 300 million farmers adapt to the impacts of climate change, through the Two Degree Initiative for Agriculture and Food System Solutions, commitments to scale nature-based solutions for mitigating climate change, commitments to climate action by several companies in food systems, a call for action to raise ambition for adaptation and resilience, and a partnership for a Just Rural Transition.

While we have seen many commitments made in global meetings, this time, there is hope that the tipping point for transformative action has been reached, for the following reasons:

While food and agriculture was not an official theme, it was a key focus within the “Nature-Based Solutions” and “Resilience and Adaptation” themes of the summit. These themes brought together different communities—including the climate, agriculture, and conservation communities, among others—to advance climate action in food systems. These efforts to break silos could have a transformative impact.

Prior to the summit, the UN Secretary General called upon leaders to come with actions and not words. This call set the stage for bold commitments. One particularly exciting commitment, with promise for the transformation of food systems, was for USD 650 million in CGIAR funding from the Bill and Melinda Gates Foundation, European Commission, Germany, Netherlands, Switzerland, Sweden, United Kingdom, and the World Bank. This commitment will allow CGIAR to scale up actions for smallholder farmer adaptation, including crop breeding, seed systems, development, improving gender equity in agriculture, livestock management, and efforts to create an enabling environment.

At the summit, Bill Gates, who co-chairs the Global Commission on Adaptation (GCA), announced this commitment during the official launch of the GCA’s first Action Track: Food Security and Rural Livelihoods. The Action Tracks were formulated as part of the GCA’s recently launched Flagship Report to jump-start a ‘Year of Action’ to accelerate adaptation under a changing climate. (CCAFS contributed to the report through two background papers, including one on rural livelihoods, food security and rural transformation under climate change.)

While the advances at the summit are welcome, the next step must be effective implementation. Reflecting on the outcomes of the summit in 2014, where agriculture was a key area of action and many commitments were made, we have not seen progress on these commitments tracked and communicated. A 2018 study found that, of the agriculture-related commitments made at the 2014 summit, only 52% produced relevant outputs, while 33% did not produce any outputs at the time of the study. Other sectors did not fare much better, with 71% of the resilience-related commitments not producing any outputs[1].

Making ambitious commitments is not enough. We need to follow up with effective implementation and transparent communication of results. In this regard, the role played by young people at this year’s summit is an important one. With global youth warning leaders that they will be watching, there is more pressure on leaders to deliver action.

lang=”en” dir=”ltr”>“For more than 30 years the science has been crystal clear, how dare you continue to look away?”

At the @UN #ClimateAction Summit, @GretaThunberg issued a warning to leaders on behalf of millions of young people around the world: We will be watching. #ActNow pic.twitter.com/vwqE2CWAbq

CCAFS and partners are playing their part

Over the past couple of years, CCAFS has articulated the need for transformative action in food systems. A CCAFS-led global initiative, Transforming Food Systems Under a Changing Climate, aims to catalyze this action. The initiative was presented at key fora during Climate Week NYC, and will continue to identify opportunities and champions for action, particularly in areas within food systems that received less attention at the summit. These include opportunities around digital agriculture, galvanizing social change, improving diets and nutrition, and building attractive rural livelihoods.

Up next on the global agenda for transforming food systems is the 5th Global Climate-Smart Agriculture Conference in Bali, Indonesia, taking place 8–10 October. The conference will bring together around 450 key players working at the intersection of climate change, agriculture and food security. A side event convened by the Global Resilience Partnership will focus on how the science community can support practitioners to implement outcomes of the summit for food and agriculture.