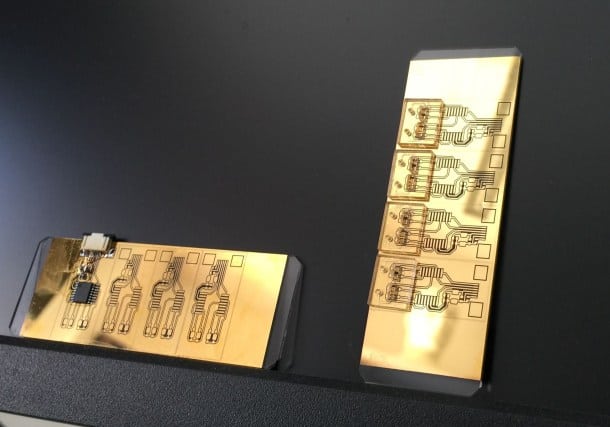 In the next 30 years, the world population is expected to reach 10 billion. A big question is if we can feed this many people sustainably.

A short answer, if one involving much uncertainty, is, Yes, we can. It is commonly understood that agricultural scientists will continue to be central in meeting this great challenge. What is less understood and appreciated are the roles that livestock engineering as well as agricultural solutions can play in achieving global food security.

Livestock matters are big matters worldwide. Our food-producing domesticated animals contribute 40% of the global value of agricultural outputs and support the livelihoods and food security of more than one billion people. ‘Growth in the livestock sector has consistently exceeded that of the crop sector. The total demand for animal products in developing countries is expected to more than double by 2030. . . . Satisfying increasing and changing demands for animal food products, while at the same time sustaining the natural resource base (soil, water, air and biodiversity), is one of the major challenges facing world agriculture today.’ (‘Livestock Production’, FAO, retrieved from fao.org/3/y4252e/y4252e07.htm, 10 September 2019.)

A main focus of the Livestock Genetics program at the International Livestock Research Institute (ILRI) is enhancing the productivity and efficiency of smallholder dairy systems. These mostly family-run farms remain common, and critical, to livelihoods of poor households across East Africa, South Asia and other developing regions. Led by an African Dairy Genetics Gains (ADGG) project funded by the Bill & Melinda Gates Foundation, ILRI and partner scientists are looking at ways to improve small-scale dairying while reducing its environmental ‘hoofprint’. ILRI scientists have traditionally taken largely biological approaches, and attendant technological and policy work, in their research to improve livestock production in developing countries, with a focus on the three traditional pillars of livestock production—livestock feeds, genetics and health. But what we are increasingly recognizing is that many of the practical bottlenecks in small-scale dairying are likely to be as amenable to engineering as to biological solutions.

In industrialized countries, most dairy farms today (even those that remain family run) are highly mechanized, with robotic milkers, feeders and biosensors to monitor milk performance. Such modern dairy technologies have had little impact as yet in poorer countries, primarily because the differences in scale between the intensive dairy systems in industrial economies and the small-scale dairy farms ubiquitous in many agricultural-based economies call for very different types of solutions. ILRI’s dairy and genetic researchers believe it is time to revisit the role of mechanization in smallholder livestock enterprises. A new wave of engineering technologies taking advantage of recent developments in wireless data transmission and low-power electronics can support smallholder producers in resource-poor environments with highly distributed and flexible systems whose set up and running costs scale differently from those employed by large-scale dairy producers.

One of the key limitations is simply lack of power for a range of purposes. Significant progress has been made in recent years in generating increasingly lower-cost solar, wind and biogas electricity (the latter run on bio-degradable materials such as livestock dung and crop and food wastes). Such affordable renewable energy supplies have the potential to transform common small-scale dairy processes such as yogurt and butter making, refrigeration and milk cooling.

The stumbling block that remains is that no such significant improvements have been made in the storage of this energy, without which these low-cost renewable systems are severely limited. Batteries are expensive and cumbersome and are short-lived if regularly deeply discharged. Scientists have experimented with ways of storing energy by pumping fluids and compressing gases but have managed to come up with no simple, easily deployable and maintainable alternatives. And while there is a lot of interest in ‘micro-grids’ for distributing locally produced power, there appears to be less interest in ‘micro-storage’ solutions for smoothing out power variability during the night or on windless days.

One interesting proposal has been to use spare solar or wind power to make liquid nitrogen to store energy, which could then be recovered through a gas turbine. This is of particular interest to the smallholder dairy sector because lack of liquid nitrogen is itself a major bottleneck to artificial insemination, which in turn limits the genetic improvement of dairy animals in low-income countries. Perhaps these combined needs can stimulate the creation of small-scale and robust devices for producing liquid nitrogen. Such devices, which in principle simply involve compressing air, could be transformational for the developing world’s many millions of rural dairy farmers, providing power storage and regeneration as well as the means to cryopreserve semen for artificial insemination. . . .