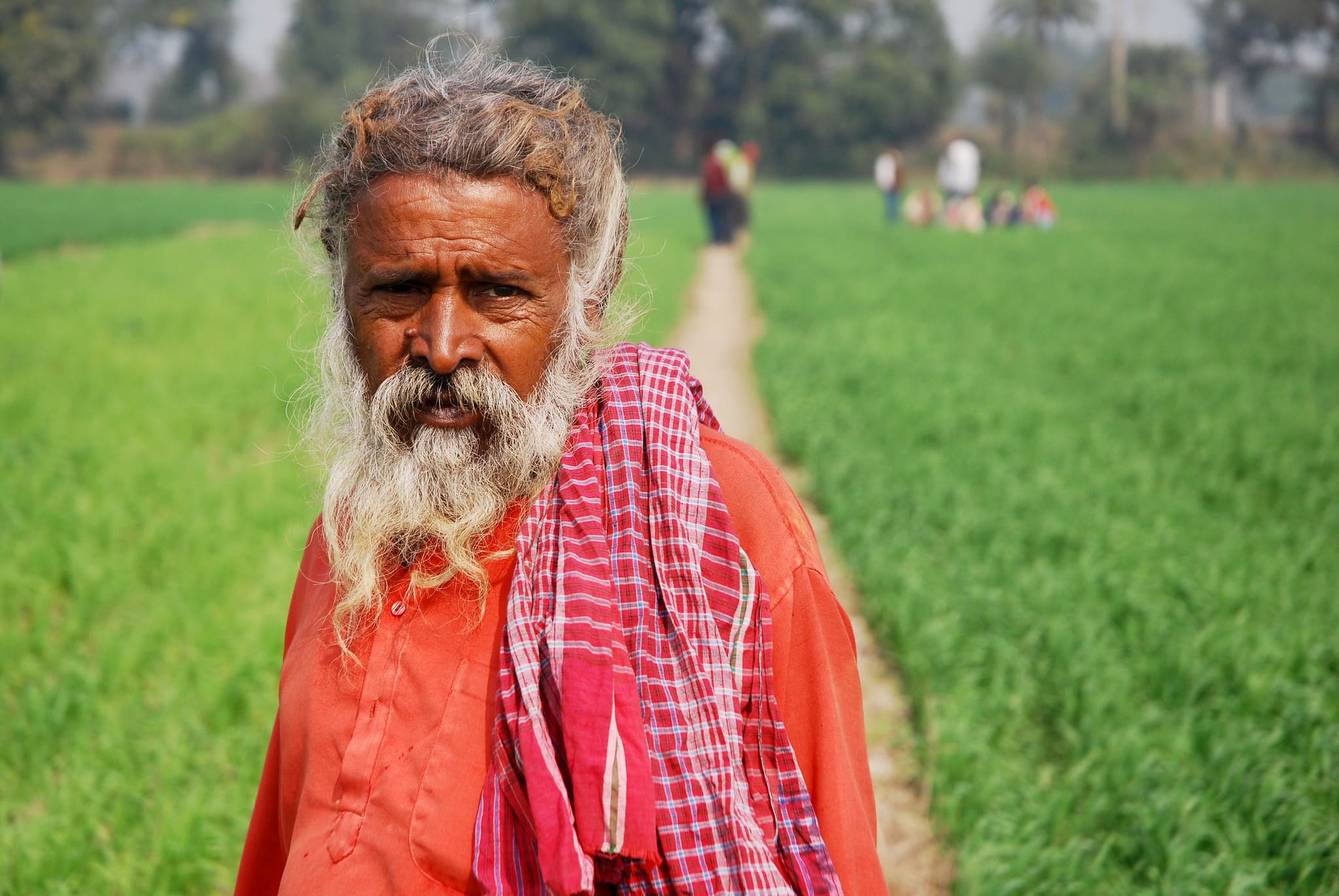 When the rice harvest season arrives in northwest India, farmers have only ten to twenty days to prepare their fields for the next season’s crop, wheat. For several decades now, this has meant using the fastest, cheapest tool at their disposal – fire – with devastating effects for human and environmental health.

Where typical combine harvester machines leave behind narrow piles of dry residue that need to be cleared before planting can begin, innovative new machines and attachments can chop the leftover rice stalks, spread the residue evenly as mulch, and plant seeds into the soil – all without the need for clearing.

The simple adjustment in technique has the potential to bring transformational benefits for farmers, city-dwellers, and the environment.

“Rice residue burning is responsible for 40 percent of the air pollution in Delhi during the winter months, posing health hazards for several million people, adversely affecting soil health and creating the need for more water for crop production,” says M.L. Jat, a principal scientist at the International Maize and Wheat Improvement Center (CIMMYT), who leads the Center’s contributions to climate-smart villages in South Asia as part of the CGIAR Research Program on Climate Change, Agriculture and Food Security (CCAFS).

The approach has been tested and validated through a large number of trials over several years by the partnership as part of their research into climate-smart agriculture, with positive results. It has since been adopted by farmers over nearly 0.7 million hectares in northwest India. Efforts are now looking into even larger-scale adoption of the technology to cut out burning for good.

Until recently, up to 84 percent of agricultural burning in India has happened in rotational rice-wheat fields, with farmers seeing it as the cheapest option for clearing between crops. But this ‘low-cost’ option bears many costs later down the track, including for farmers.

Burning is a major cause of air pollution, which poses serious public health risks, particularly for children and the elderly. Smoke from burning can stunt lung development in children, trigger chronic illnesses like asthma, and even cause cancer. India now has the highest rate of death from respiratory disease, at 159 deaths per 100,000 people.

Soil health is also affected by burning. Clearing by fire depletes carbon stocks and nutrients in soil. It also dries the land and contributes to heat stress, which slows crop growth. The result is lower yields and a greater need for irrigation, among other costs for farmers.

Over the long term, burning is also contributing to global climate change, and posing a setback for India’s targets to reduce greenhouse gas emissions.

Burning one ton of rice residue can release up to 13 kilograms of particulate matter into the atmosphere. At the height of burning, up to 30 million tons of rice residue was being cleared by fire in India’s northwestern states every year.

“Using the Happy Seeder instead of burning can reduce greenhouse gas emissions by up to 79 percent.”

States like Haryana and Punjab are now taking action to stop burning, placing strict bans on the practice. But what are the alternatives for farmers, and how realistic are they?

Research shows that in their rush to remove rice residue from the field, farmers could be missing out on the use of a valuable resource.

When collected, leftover rice stalks can be reused as animal feed, and research is ongoing into its potential as a source of biofuel. But even if farmers can’t afford to clear, collect and process the residue, there are yet more benefits to be had by simply leaving it on their fields.

Chopped rice residue can be used as mulch, preparing the soil for the next season’s wheat crop. Using mulch can help farmers better control weeds, prevent waterlogging, lock in important nutrients, and maintain soil moisture, reducing the need for at least one round of irrigation per year. There is also evidence to suggest that mulch assists in carbon sequestration, bringing benefits for efforts on climate change.

The Happy Seeder planter is able to at once chop rice straw, bore through the residue to open a slit, deposit wheat seed and cover the seed. A combine harvester equipped with the Super Straw Management System (Super SMS) attachment can then be used to spread the residue evenly as mulch.

The latest version of the improved Happy Seeder costs $1,900, which is still beyond the means of many farmers. But the machines are available for hire, and the number of service providers are rapidly growing.

In the northwestern states of Punjab and Haryana adoption of the machines has grown rapidly from 400 in use in 2015 to nearly 11,000 in 2018. In two years, the number of Happy Seeders in use in northwestern India is expected to grow to 35,000, bringing the practice of zero-tillage farming to around 2 million hectares of farmland.

As for the Super SMS attachment, there are now at least 100 manufacturers producing the essential piece, which is used on more than 5,000 combine harvesters. The attachment has been made mandatory for harvesters in Punjab and Haryana states, and is expected to be universally adopted over the next two years.

By avoiding burning, assisting sequestration and keeping carbon stocks in the soil for longer, the new approach to rice-wheat rotations is a win for climate-smart agriculture – a priority for the Government of India. As India’s population continues to grow and global weather patterns change, climate-smart farming will be essential for meeting national targets on emissions reduction and food security.

The principles of sustainable intensification – such as “minimal soil disturbance, permanent soil cover and crop rotation techniques” – as supported by the new approach, can help the Government reach its goals and build resilience among farmers against climate shocks.

With support, it’s hoped that the new technology will not only eliminate the problem of burning, but bring a brighter future for northwest India’s farmers as well.

This research was conducted by CIMMYT with support from CCAFS, WHEAT and the Indian Council of Agricultural Research (ICAR) in collaboration with Punjab Agricultural University (PAU), Borlaug Institute for South Asia (BISA) and the Cereal Systems Initiative for South Asia (CSISA), and with funding support from the Bill and Melinda Gates Foundation, the United States Department of Agriculture (USDA) and the Australian Centre for International Agricultural Research (ACIAR). We would like to thank all funders who supported this research through their contributions to the CGIAR Trust Fund.

Photo: Innovations in harvesting and planting machinery are helping to eliminate the practice of agricultural burning in northwest India, which has reached crisis proportions in recent years. Photo by M. DeFreese/CIMMYT.