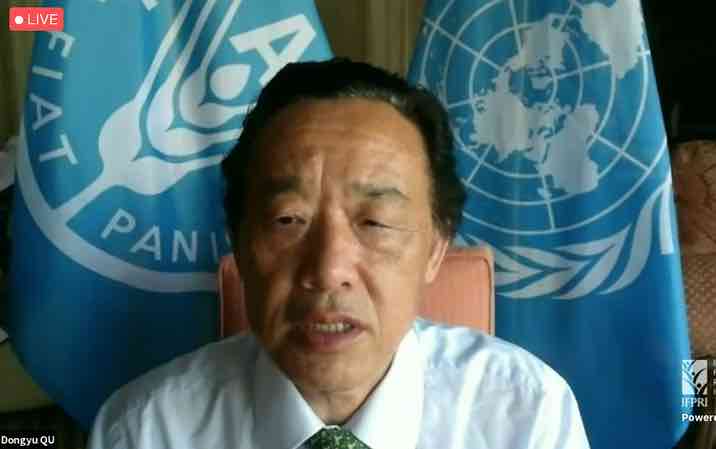 Almost 690 million people went hungry around the world in 2019, an increase of 10 million over 2018, and the COVID-19 pandemic could push an additional 83 milllion-132 million into chronic hunger in 2020, according to the 2020 State of Food Security and Nutrition in the World (SOFI) report, released July 13. The report provides the latest authoritative estimates on global hunger, malnutrition, and food insecurity.

A July 14 virtual event, co-organized by the U.N. Food and Agriculture Organization (FAO) North America and IFPRI, examined the SOFI report’s key findings—and whether the goal of eradicating hunger by 2030 remains achievable in light of the pandemic. “We are not only not on track to eradicate hunger, food insecurity, and all forms of malnutrition by 2030, but also we need to redouble our efforts given the challenges brought about by COVID-19,” said FAO Director-General Qu Dongyu.

Hunger numbers have recently been trending upward since 2014, the report notes: 60 million more people around the world were chronically hungry in 2019 than five years before. Overall, the percentage of hungry people in the world population has remained relatively steady at 8.9%, even as absolute numbers rose.

“The report warns that if the trends in the past few years continue, we will be moving away from Zero Hunger rather than towards it. This is highly worrying,” said IFPRI Director General Johan Swinnen. “What’s even more worrying is … that COVID-19 is making matters much worse for the poorest people in the world,” he added, citing IFPRI’s estimates that the pandemic may put 100 million or more people at risk of extreme poverty and food insecurity.

“We need to take bold and decisive actions now if we are going to revert and mitigate the potential impacts that COVID-19 may have on hunger worldwide,” said U.S. Rep. Jim McGovern of Massachusetts, Co-Chair of the House Hunger Caucus. “We cannot afford to be isolationist, we cannot afford to be cheap, we cannot afford to be selfish,” McGovern added, calling for the United States to maintain and strengthen its global leadership in the fight against global hunger and malnutrition.