The CGIAR Excellence in Breeding Platform (EiB) contributed to the modernization of crop breeding programs that target the Global South.

In 2021, the Platform made significant progress toward accelerating transformative change across CGIAR and National Agricultural Research and Extension Systems (NARES) breeding. EiB worked toward the high-level goals of increased rates of genetic gain and reduced area weighted average age of varieties in farmers’ fields.

To reach these goals, EiB took on leadership, coordination, and support roles to drive adoption and implementation of improvements and best practices.

For the first time in CGIAR history, in 2021 EiB developed a complete portfolio of CGIAR’s 142 breeding pipelines across 22 crops.

For the first time in CGIAR history, in 2021 EiB developed a complete stock-take of CGIAR’s 142 breeding pipelines across 22 crops. Relevant market segments across crops were also defined in a standardized way, including an effort to describe the investment case for each individual pipeline. Together, this information will enable breeding investments to be aligned with potential for impact, readying CGIAR to positively affect millions of people in low- and middle-income countries.

In 2021, EiB continued its progress toward the goal of optimizing breeding schemes to improve rates of genetic gain.

To increase genetic gains and variety turnover, the Platform developed innovations in research-related topics and tools, which include simulation, manuals, and other resources that are currently being implemented by breeding programs.

Despite COVID-related restrictions on travel, the Platform developed a stronger connection with its stakeholders during 2021. Researchers made progress documenting the breeding schemes from multiple programs and identified many improvements. These were simulated and transformed into recommendations, manuals, research papers, and tools, building on earlier work.

A library of simulation results and discussion of the implications for individual breeding programs is available in the EiB Toolbox. This year’s achievements are expected to lead to greater genetic gains, which will help CGIAR deliver on its outcomes.

In 2021, EiB sustained and drove further adoption of shared genotyping services by CGIAR and NARES programs. Building on progress made in 2020, the Platform increased new capacity building efforts, genotyping platforms, and tools to improve partner use. Despite COVID challenges, EiB’s shared genotyping platforms have increasingly been taken up by CGIAR, NARES, and Advanced Research Institutions (ARIs), as demonstrated by the growing number of species and institutions supported.

Through the establishment of TrAiN (Training and Adoption Network), EiB coordinated the adoption of digitization equipment integrated across multiple software systems. TrAiN provided centralized support, coordination, and feedback to EiB, leading to improvements and purchase recommendations.

In 2021, EiB implemented new strategies to accelerate developing and adopting the Enterprise Breeding System (EBS), a data management system. These efforts included an assessment, as well as a new governance structure, management, decision-making roles, and features added to EBS.

The Platform’s development and promotion of a CGIAR/NARES collaborative breeding network was a major milestone in 2021.

The Platform’s development and promotion of a CGIAR/NARES collaborative breeding network was a major milestone in 2021. Various breeding networks initiated efforts to use the framework template for effectively allocating roles, responsibilities, and resources among partners.

In 2021, EiB team significantly contributed to developing One CGIAR initiatives and transitioning to One CGIAR within the Genetic Innovation (GI) Area. The Platform also prepared CGIAR and NARES for the One CGIAR transition by implementing shared approaches, supporting multidisciplinary teams among breeders and other scientists from various disciplines, and prioritizing the high-level aim of replacing currently grown varieties rather than developing conceptual ideotypes. 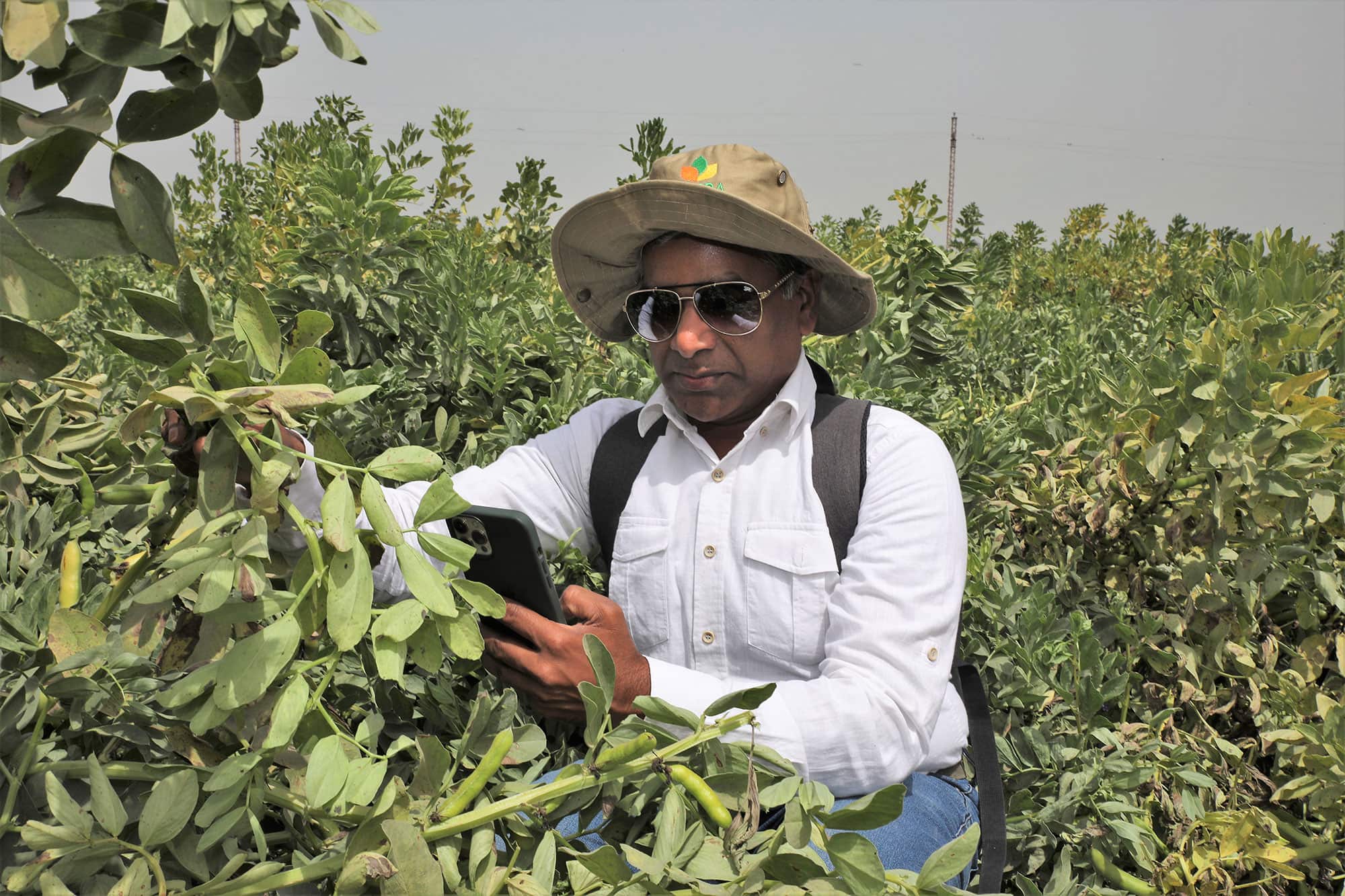 Platform for Big Data in Agriculture