Our contribution to impact: Prev CGIAR in Ethiopia

In 2020, an external assessment of CGIAR found that over the past 50 years there had been a 10-dollar return on every dollar invested in CGIAR research and development (R&D).

A report commissioned by the Supporters of Agricultural Research (SoAR) Foundation, “The Payoff to Investing in CGIAR Research,” outlined the long-term value of investing in CGIAR research activities. The authors argued that investment in agricultural research must be strengthened to create a more resilient and sustainable future and to meet global goals, such as those set out in the United Nations’ Sustainable Development Goals (SDGs).

In a context of declining financial support for CGIAR research, and agricultural R&D more broadly, the report revealed that governments and development partners have been consistently under-investing in agricultural R&D — a sector that is economically more profitable than almost any other government investment.

The argument for increased investment

The report found a 10 to one benefit-cost ratio for CGIAR investments of US$60 billion in present-value terms over almost five decades, with no evidence of diminishing returns in the future.

With such a strong return on investment, there is a solid case for investing in agricultural R&D that takes place near farms, markets, and governments, to develop the innovations and technologies that will protect the world’s food poor and mitigate threats to global food supplies and farmer livelihoods caused by climate change, pests, political unrest, and policy and market risk.

CGIAR’s work generally demands diversified investments; examples of such work are improved crop varieties that respond to changes in climate, R&D on pest and disease management, policies that protect livelihoods, and support for women’s empowerment and social inclusion. These areas of work also require productive, in-country partnerships that ensure context-specific capacity development and policy support, which in turn foster positive environments for the widespread uptake of innovations that contribute to addressing the environmental, social, and economic challenges at the forefront of CGIAR’s research and activities.

Diversifying investments across the CGIAR Portfolio

A 2020 assessment of the adoption and diffusion of CGIAR innovations in Ethiopia over a 20-year period provided a strong case for diversified investments in CGIAR. The analysis found that the three innovations with the largest reach — soil and water conservation practices, improved maize varieties, and crossbred poultry — were the result of different categories of CGIAR research efforts.

The analysis also supported the case for investments in policy research, as the scaling of these innovations is linked to supportive government policies, which in turn have been influenced by policy research.

Read more about the report on the adoption and diffusion of CGIAR innovations in Ethiopia.

The role of CGIAR

On CGIAR’s role in contributing to positive impact through agricultural innovation, the authors stated that “CGIAR is a unique, and highly successful, institutional arrangement for directing development aid dollars to increase food production throughout the developing world through agricultural research” and that “[by] most accounts … CGIAR has had a disproportionately large impact on improving productivity for large numbers of the world’s farmers, increasing global food supplies, and lowering the cost of food for all the world’s consumers.”

The authors found that CGIAR has a comparative advantage in developing agricultural technologies and leveraging R&D capacity in middle- and high-income countries for the benefit of low-income countries. They also emphasized the importance of partnerships with national agricultural research systems (NARS), with the return on investments in CGIAR R&D typically reflecting these collaborations. CGIAR is fully committed to strengthening these partnerships and recognizes the value this brings both in terms of investment, and real impact on the ground where CGIAR works.

A call to action

The report argued that societies need to do more than simply keep up to ensure sufficient, sustainable, and nutritious food supplies and protect those most vulnerable.

Unless trends in consumption change, global demand for food is expected to increase by 70% from 2010 to 2050, putting greater demands on agricultural systems already challenged by environmental degradation and biodiversity loss, the effects of climate change, pests and diseases, and finite land and water resources.

While middle-income countries have developed national capacity in agricultural research, for low-income countries, which are heavily dependent on agriculture for livelihoods and food security, there is still much opportunity to improve research capacities. The report notes that there is a significant gap in research investment in sub-Saharan Africa in particular, with this gap increasing over time.

These shortfalls, and the reduction in investments by high-income countries in agricultural R&D both at home and through CGIAR, reveal the urgent need to increase funding.

The past benefits have been many times larger than the investments that generated them.

To encourage a reinvigoration of investments in agricultural R&D, the authors called for, at minimum:

With the report finding that past benefits have significantly outweighed the investments that generated them, CGIAR is well positioned to continue its role in agricultural research and development, and to co-develop and share the innovations that can deliver real impact aligned with the SDGs.

The Supporters of Agricultural Research (SoAR) Foundation is a non-profit, non-partisan coalition of farmers, scientists, universities, consumers and others, working toward the mutual goals of increasing public investments for food and in agricultural research. It champions public funding and additional agricultural research support to enhance productive, profitable, safe, nutritious and sustainable food and agriculture. 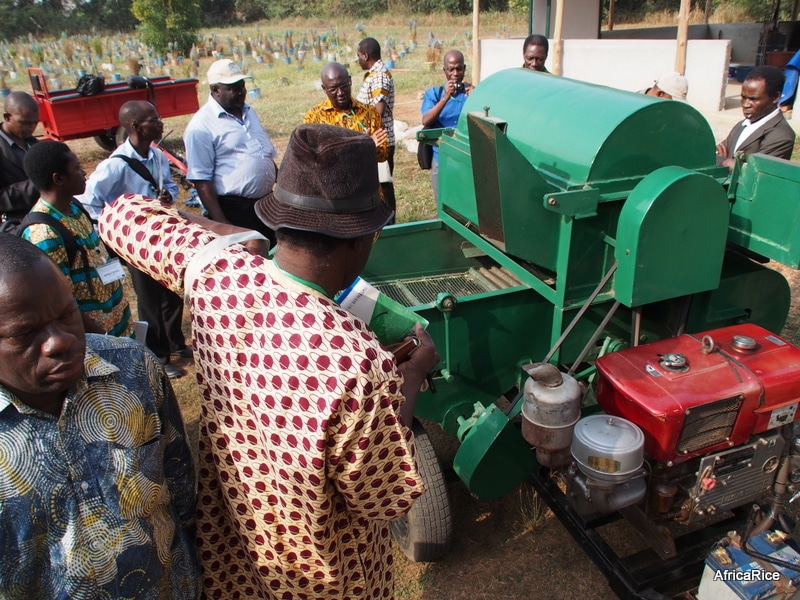