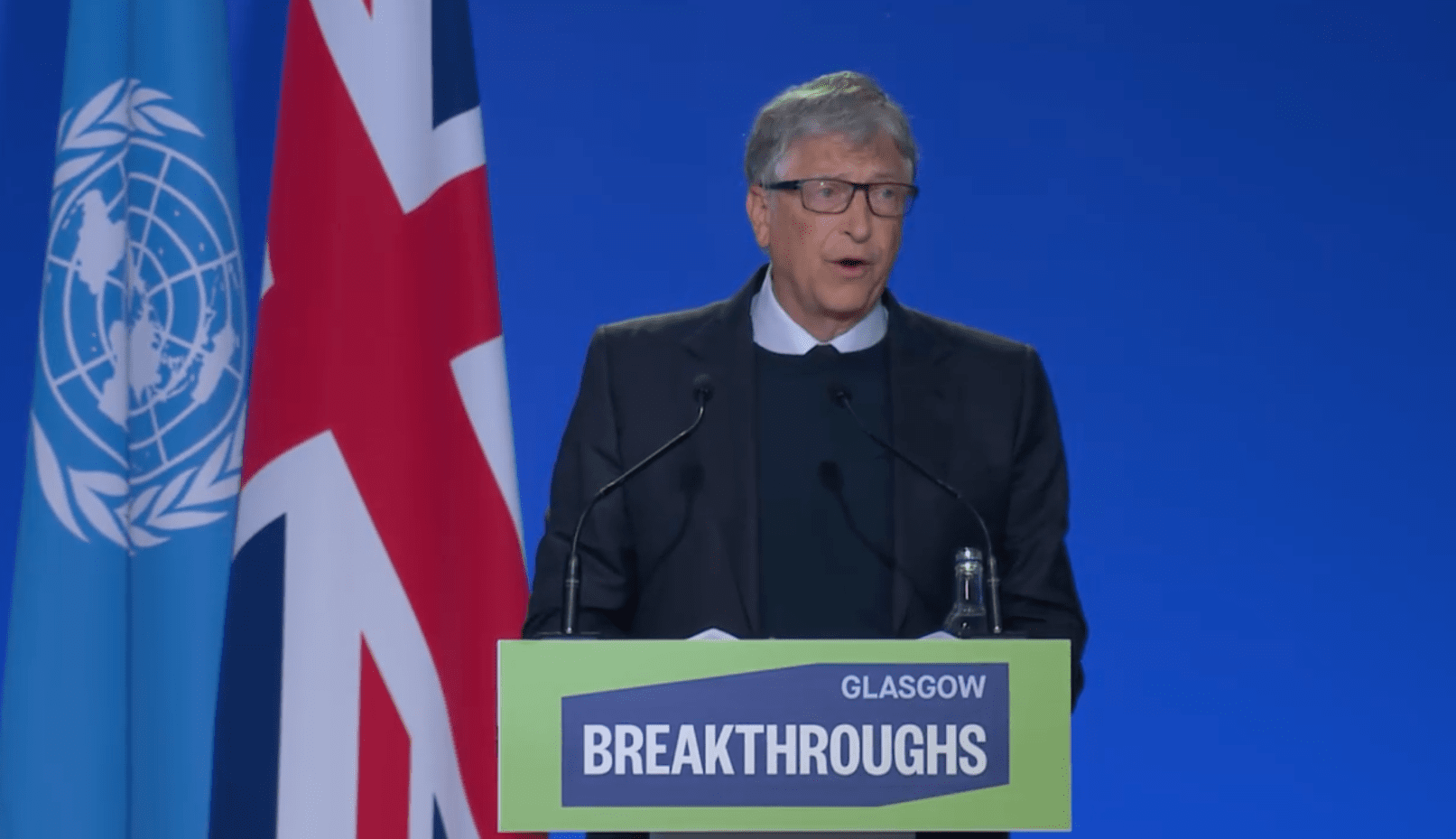 Adaptation investments urgently needed for agriculture-dependent regions like Africa that have done the least to cause the climate crisis but suffer the most.

Glasgow, UK (November 2, 2021) – Facing mounting evidence that climate change will fall hardest on agriculture-dependent regions like sub-Saharan Africa, a coalition of funders at the United Nations climate summit pledged $575 million today to deliver climate-smart solutions to farmers in low-income countries via the CGIAR global network of agricultural research partnerships. Combined with the $256 million recently pledged at the Global Citizen Live event, and other commitments from Sweden and Belgium, CGIAR now has secured $859 million this year to confront a host of rapidly intensifying climate challenges that could upend the global fight against hunger and poverty.

There is also the potential for significant additional investments in CGIAR to emerge later this week at COP26.

“This critical investment surge is a welcome down-payment for accelerating CGIAR’s climate adaptation efforts that already are providing millions of farmers with innovations like stress-tolerant crop varieties and new strategies to restore degraded lands,” said Kundhavi Kadiresan, Managing Director, Global Engagement and Innovation at CGIAR. “We have a deep understanding of the many ways climate change is affecting food production in fast growing regions like sub-Saharan Africa and South Asia and a commitment to building resilience through integrated, environmentally sustainable solutions that rebalance agriculture’s relationship with nature.”

CGIAR is the world’s largest public sector research partnership serving the needs of more than 500 million smallholder farmers who are responsible for feeding billions of people in Africa, Asia and Latin America. The effect of climate change on crops, fish and livestock is a key factor behind a steady rise in hunger that is eroding years of progress. The trajectory of the climate threat is particularly daunting in sub-Saharan Africa, where most people work in agriculture and impacts on food production are a key reason climate change could cost African countries up to 15 percent of their GDP by 2030. There are also fears that absent aggressive efforts to help farmers adapt, climate impacts on agriculture in regions already suffering high rates of poverty and malnutrition will make it impossible to achieve the global Sustainable Development Goals (SDGs) pledging zero hunger and an end to extreme poverty by 2030.

In today’s funding announcement, the Bill & Melinda Gates Foundation pledged $315 million over the next three years to support CGIAR’s climate-related work. Half of the US $315 million investment from the Gates Foundation will support climate adaptation initiatives undertaken through the new CGIAR portfolio, which is streamlining CGIAR partnerships, knowledge and assets to accelerate the pace of innovation flowing to smallholder farmers.

They were joined by other funders who also have committed to support CGIAR’s Research and Innovation Strategy for 2022 onwards. Sweden has pledged $14 million and Belgium, noting that it wants to continue its strong partnership with CGIAR, put forth plans to release an additional $14 million pending approval of the 2022 budget by its federal parliament.

“Climate impacts on food production are an existential threat for several hundred million people who depend on agriculture to support their families,” said Bill Gates, co-chair of the Bill & Melinda Gates Foundation. “CGIAR has been delivering high-impact solutions to smallholder farmers for half a century and I’m confident they can lead a global effort to develop the innovations needed to adapt to a changing climate.”

“As one of CGIAR’s founding donors, USAID is proud to continue our longstanding partnership by committing at least $215 million over five years to CGIAR’s critical agriculture research and innovation,” said Dr. Jim Barnhart, Assistant to the Administrator at USAID’s Bureau for Resilience and Food Security. “Climate change is threatening the lives and livelihoods of families and communities, particularly in the least developed countries. This funding will contribute to raising agricultural productivity for 200 million people in South Asia and Sub-Saharan Africa by 25 percent by 2030. CGIAR is an important partner in our work to build a food secure, climate-resilient future.”

“For 50 years, CGIAR has delivered critical research and innovation to address hunger,” said Honourable Harjit S. Sajjan, Minister of International Development and Minister responsible for the Pacific Economic Development Agency of Canada. “Canada has been a partner since the very beginning because we believe scientific research and innovation is necessary in making food, land and water systems more sustainable, equitable and efficient. Today, we are pleased to further support the work of CGIAR by contributing CAD $55 million over three years to help end hunger and build climate smart and sustainable food systems, and put gender equality at the forefront of global agricultural research for development.”

The new investments are building on an already strong foundation of CGIAR-supported climate work. For example, in recent years, CGIAR partnerships have provided about eight million farming households with 200 varieties of climate-smart maize and some 18 million farmers with new varieties of flood and salt-tolerant rice. CGIAR is also leading efforts to integrate a host of climate-smart food production practices across a network of climate-smart villages and valleys in Africa, Asia and Latin America that are home to millions of farming families. In addition, CGIAR’s pioneering work on low-emission, high-nutrition food production like aquaculture is opening up new sustainable pathways for improving diets and incomes in rural communities.

The quest at COP26 to secure more support for smallholder farmers is getting a significant lift from the launch of the new Agriculture Innovation Mission for Climate or AIM4C. The coalition, which now includes more than 30 countries, was formed by the United States and the United Arab Emirates to generate new funding for basic breakthrough agriculture research, international partnerships and national agricultural research systems in low-income countries. A key focus of AIM4C is to significantly increase investments in “innovation sprints” – projects primed to translate new investments into immediate impact for smallholder farmers.

A $40 million innovation sprint led by CGIAR, in partnership with the Foundation for Food & Agriculture Research (FFAR) and the Gates Foundation, will unlock key climate-resilient traits from CGIAR’s vast global collections of crop diversity. This sprint will supply crop breeders with the raw materials they need to provide farmers with a wide array of climate-smart crop varieties.

“The urgency is clear: if the global community is truly committed to ending hunger and poverty, then it must act now to support smallholder farming communities that are already being hit hard by climate change,” said Claudia Sadoff, Executive Management Team Convener, and Managing Director, Research Delivery and Impact at CGIAR. “There are many exciting innovations available.  But even with today’s announcements there is still a large gap between the magnitude of the climate threat to smallholder farmers and investments required to help them adapt.”

Sadoff noted that investing in adaptation is also a “historic opportunity to implement nature-positive approaches to food production across some of the world’s most valuable and vulnerable ecosystems.”

“Adaptation in agriculture is about pursuing a greener pathway,” she said. “That includes providing technologies that help farmers grow more food with less water and revitalizing degraded landscapes through holistic strategies that support both food production and ecosystem services.”